Despite local residents complaints of Eastern Electrics, the festival returned to Morden Park in London over the weekend for its’ third year. The two-day festival took a turn for the worse through the course of Saturday afternoon, leading up to the evening. Morden Police (local) confirmed four men were stabbed at the festival on Saturday.

According to the official statement released by the festival on Facebook, the victims were treated by their medical team before they were taken to the hospital.

While none of the men had life-threatening injuries. A fourth man, an attendee age 45, was found stabbed just before the 10 o’clock hour hit.

Since the festival was heading to day two, Morden Police issued a Section 60 which means police officers are allowed to stop and search without suspicion. The order was in place until midnight that Sunday/Monday.

As of today, no suspect is in custody. This according to the official Twitter page of Morden Police. They are asking for the cooperation of those that attended that may have any information.

What can festivals do to increase security and to keep patrons safe? Comment what you think below.

Want to be on our page? Simply DM us memes, rave bae pics and more on our Instagram @edmdaycare 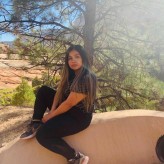