10 MUST SEE acts of the
Sunset Music Festival 2017 Lineup

Sunset Music Festival has become a staple in the South US EDM scene. Based in Tampa, Florida, Sunset Music Festival quickly gained a reputation of providing phenomenal lineups, damn right incredible stages, and in my opinion, the best mesh & diversity from all the different EDM crowds. In 2017, they launch their 6th installment of their rapidly growing festival. Brought to you by event powerhouses, Disco Donnie Presents & Sunset Events, this festival has matured into a “Meh, maybe i’ll go” to a “Really? Duh bro!”.

Consistently, they’ve gone bigger, better, and more diverse. Booking acts from every corner of the world, no matter what you’re into, the SMF 2017 line up will more than likely throw a few “YASSSS” ‘s into your life. I still recall 3 years ago, accidentally walking by so many stages and getting pulled in, leaving a fan of a new genre or artist. Anyways, this year, another massive list of power house DJ’s are arriving to annihilate ear balls. So many so, that I wanted to point out 11 names you should go out of your way to ABSOLUTELY see this weekend (in no specific order/rank).

Some, world class, some, you may not have heard of; but as a proud degenerate of dance music, I promise these acts will NOT disappoint. 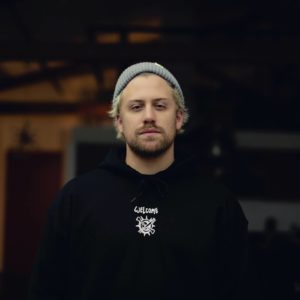 Savage.
Seriously wish you all would just read one word and believe me, because that’s literally I want to say about Kayzo. This blonde haired wonder has surprised me TIME AND TIME again. From his live performances to his sets online, this man isn’t scared of fiddling with different genre’s and catching his crowds off guard.  Touching everything from Happy Hardcore, Hardstyle, Electro, Dubstep and even a bit of Psy­trance, this guy is KILLER. Need more proof? I have about 12 sets I lift too, and Kayzo’s Hard Summer set is saved for my most intense days.
I’m telling you fam, this cat is lava.

A mastermind. A legend. The original.
Forget Charlie Sheen, A-Trak has been #WINNING since 1997. This prodigy casually stepped into the light of stardom at the age of FIFTEEN, by showing up and winning the DMC WORLD DJ CHAMPIONSHIP! Like…WHAT?! At 15, I was proud Little Ceasers hired me to hold a sign.
Anyways.
His music, fame, and unique style has literally never stopped growing since 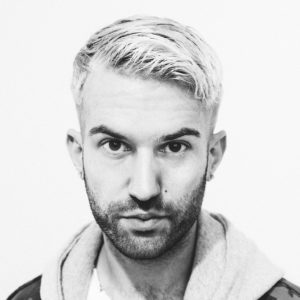 that day. Owner of Fools Golds Records, A-Trak throws down some of dance musics’ most fun sets, full of technical scratching, nasty beat juggling, and most importantly, masterful control of the crowd and it’s feet. Mixing & mashing live, he blends together music you’d NEVER imagine and in ways, that after 9 years in entertainment… I genuinely STILL don’t understand how he does it.

One of the UK’s most adventurous DJ’s, Above & Beyond are a headlining act for a damn reason. With one of EDM’s most loyal fan bases, Above & 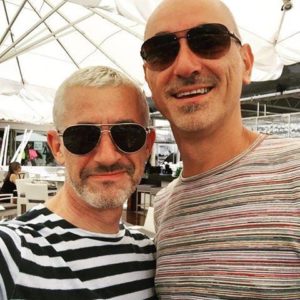 Beyond and their Anjuna Beats label has consistently revolutionized music, live performances, charity and SO much more.
Playing intimate sets that absolutely CONNECT with their audience, Above & Beyond is so tough to even describe due to their well… incredibleness. Seriously don’t care if that’s not a word. Watch them & tell me if anything else comes to mind.

Absolutely impressive.
Tritonal was a live act that SERIOUSLY impressed me. I skipped them time & time again at festivals, thinking they were just another mainstream act.
Quickly. They changed my mind.
These two blend their breadth of ability to have you dancing all set long. 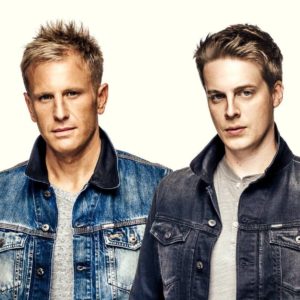 Tons of energy & incredible diversity in song choice, Tritonal knows they can shut the house down & they do EVERY single time. Recently, they even went back to their Trance roots and threw down from what I heard was a killer set at Middlelands just recently. If you don’t dance & have a great time, I promise to send you a check for $5.00. Granted, it’s absolutely going to bounce, but still. I’ll send you one.

RL GRIME is another one of those epic, world class names of EDM & music overall, that you just… should NEVER miss. Since hearing his set’s online as I just got into EDM as a freshman at FGCU, I knew this man was something unlike 99% of the DJ’s out there. Filthy &… dare I say… Grimy?
There’s no way to know what to 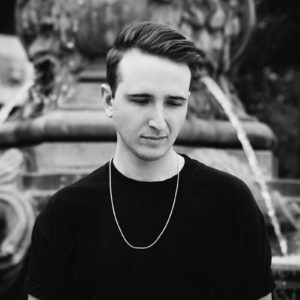 expect at this guy’s live performances. You’ll be trapping out, shuffling, jumping, wiggling your tush… literally, his talent is impressive times kerfluffle. He’s dark, mysterious, and what i’d imagine what Dumbledore gave birth too if he ever banged a dementor on mars.
Get what i’m saying? This dude is epic and regular words don’t do him justice. 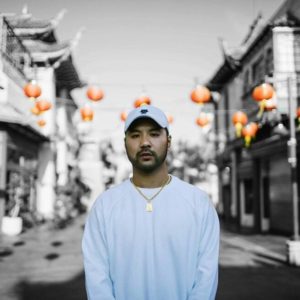 scholar. His groovy, funky deep bass lines had our table dancing from stop to finish, which even though i’m a dancer that loves to activate his happy feet, I was impressed. With influences from rap, UK bass, hip hop & having had worked with damn near EVERY name you’ve heard headlining, Wax Motif is a housy act you shouldn’t miss. Fun, dancy, and bassy, all with a twist. 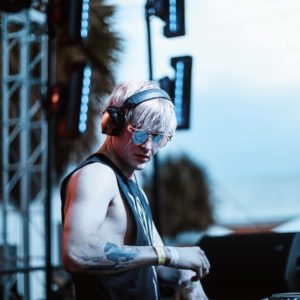 probably some gum from some Las Vegas lady of the night’s shoe, & makes a and style of his own. Sometimes he’s fun & groovy, while sometimes, he makes port-a-potty bathrooms seem sanitary. Mhm. That filthy.
He’s young, super weird and has a relentless hustle to make sure every set he drops is better than the last. My hamster could be in the ER, and i’d leave to watch this guy any day.

Complex. Beautiful. Inspiring. GREAT fucking show.
Whoops, was I supposed to only use pretty words there? Well, I don’t follow rules and neither does Illenium. Throwing down some WICKED vibes, Illenium’s style is one of a kind. Mashing together a melodic tune, bass, and so so much more, he’s growing to be one of EDM’s most 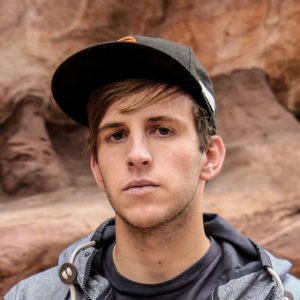 distinguished names.
When I saw him in Michigan, I expected his style to be too slow for me, but was once again, caught with shakira hips all hour long. His style’s recipe is kind of like… Flume vibes, plus Tequila, a dash of Diplo, and probably learned some shit from Joe Biden. Clearly that makes no sense, because it’s something unheard of that no other artists are doing, and you’ll see what I mean this weekend.

Another hidden little act that is monster, but not too many in the mainstream side of the school bus know about. G Jones is such a fun name to have on the docket, and i’m personally SO excited to not just hear him, 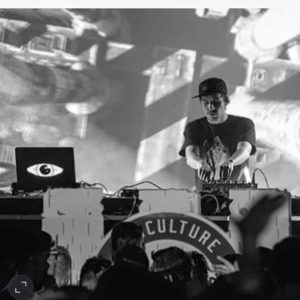 but to introduce him to my squad.
With a unique twang, G has a feel of contemporary, Dubstep, Hip Hop, & heavy ass bass. You’ll definitely hear some Bassnectar-y vibes & I guarantee you’ll leave more than content. Grab a beer, tie your shoe’s, and enjoy this guy’s magic show.
Disclaimer: Not a real magic show. No rabbits will be pulled from hats. 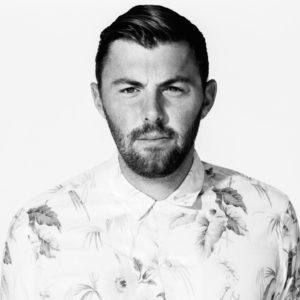 of EDM to build a sleekly composed but soulful rendition of the California sound. A straight savant of music & you’ll know what the hell i’m talking about within the first 5 minutes of his set. His addictive energy blossoms and will capture when he begins interlacing live guitar, bass, and percussion into music like you’ve never heard before.

Don’t hesitate & make sure you to peep these guy before the festival on their soundclouds to vibe your way all the way up to Sunset Music Festival 2017! 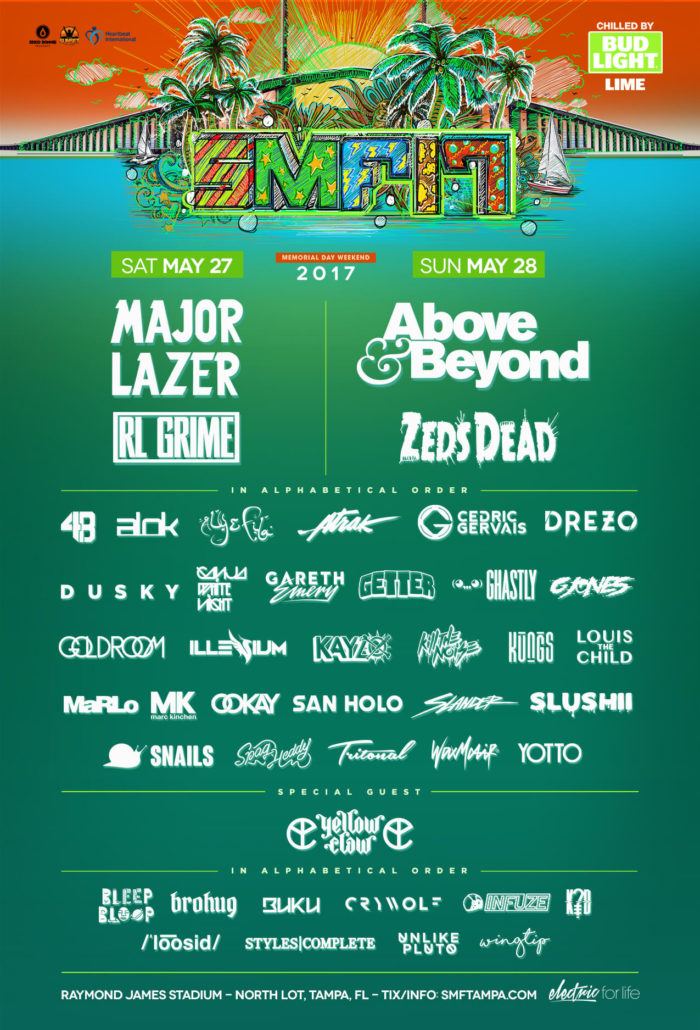 New single "Stupid Love" got me with those "feels" vibes [LISTEN]