The Manifestation of Glockwork Records
Glockwork Records has been on EDM DAYCARE’s radar ever since 2018. With the label and its owner tearing it up with jaw hitting sounds, they are back! Get Glock’d. In 2009, the GOBSMVCKED we all know & respect was not who he is today! Fast forward to 2012, while attending Mercy Colleges’ MTEC Program (Music Business & Technology) in New York, he founded what is known today as one of the MOST ECLECTIC & UNDERGROUND LABELS TO DATE. After founding Glockwork Records in 2016, David Mérismé quickly adapted w/ his DEBUT tour dubbed “The Alter EGO’s Tour” w/ artists such as MESSINIAN, Jamual Sackson, & Mayor Apeshit in 2017! No to short thereafter he followed up w/ his Glock’s & Roses Tour covering 18 US cities w/ 13 Glockwork Records artists alongside his GWR Showcases!

Manifestation & forward-thinking are the vibe of the Glockwork Team. Let’s take a look at what the founder has been up to. With GOBSMVCKED’s DEBUT record titled #SADIST, GOBSMVCKED decidedly held nothing back!From his provocative & promiscuous vocals of “Glockwork Records” 0:12 seconds into the sadistic moans of women in this record right down to the filthy & disgusting 32 bar drop that has you jumping out of your seat. GOBSMVCKED is all about keeping you surprised, amazed, or shocked as the end of the record suggests & “Utterly astonished & astounded” as per the Webster Dictionary states. Alongside the HIS debut record of 2020, he has also launched his mix channel titled SMACKED SESSIONS, where he will be mixing UNRELEASED Glockwork Records forthcoming, records he is just feeling, & EDITS the world has yet to hear!

Establishing the record label as a legal entity & business three & a half years ago, David Mérismé started Glockwork in New York with high hopes of creating a movement of fluidity, change, & positivity. He is basing his record label on the decade filled with manifestation, revival and diversifying the scene. Focusing on electronic dance music, the eclectic sound has transformed beyond EDM. With making ventures into R&B, Indie, Hip-Hop, Rap, Drum and Bass, and more, the label is a diversifying up and comers to keep your eyes open for. With that, new members to the label in 2020 include Lux Operatur, JUJU BEATS POIZEN, SHA Dubs, SOLR , Sinister Bass  , and WON FIDDY which make up the crew at Glockwork with a true eye for sound. Introspect . We got a chance to sit down with owner David Mérismé to chat about inspiration, what’s been going on and their goals for 2020.

The realm of Glockwork is just getting started. With diversifying sound, let’s meet the label don & mastermind behind the label and chat. 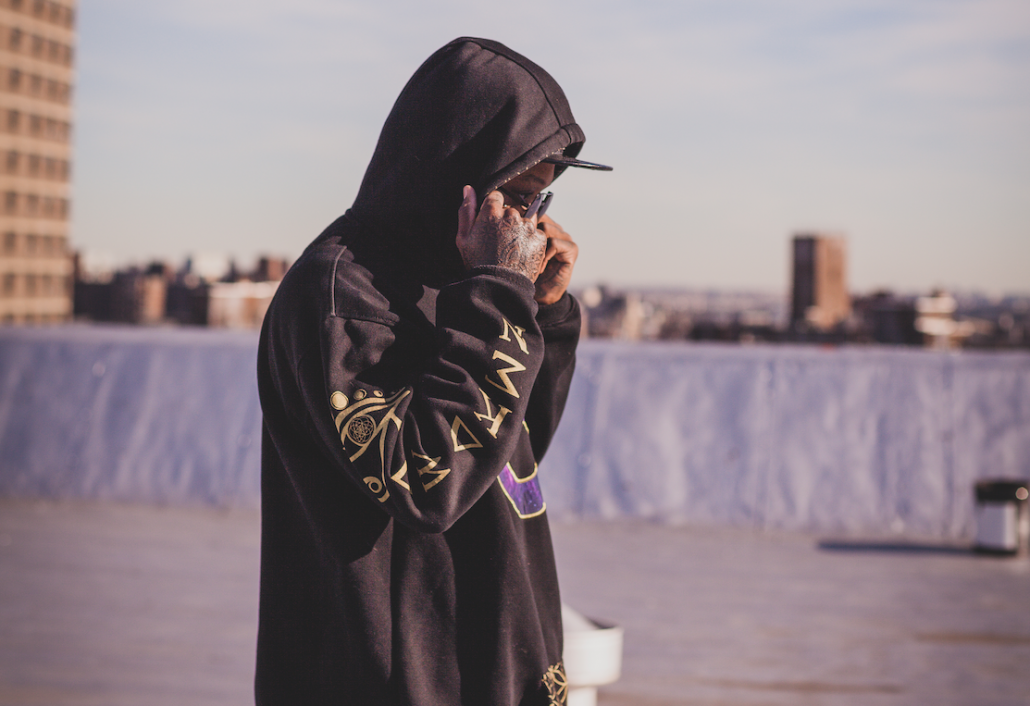 With Glockwork Records, what drives you to be eclectic, diverse, and constantly manifesting energy?

To be honest growing up, I had a wide range of inspiration. Some of my first memories around 5 yrs or so include my mother Mindy playing Elton John & Celine Dion in the Kitchen all whilst she prepared dinner. Also, around that era I remember my Grandparents, Jean & Yolanda, playing KOMPA music from my native Country Haiti as well. I really focus on a lot of leadership development, reading, & GOAL SETTING, THIS IS CRUCIAL! When I intend to share success w/ the team or be”successful” myself, I can’t manifest this without setting & working on my goals. “A Goal Without a Plan Is Just A Wish.” ~ Antoine de Saint-Exupéry.
• 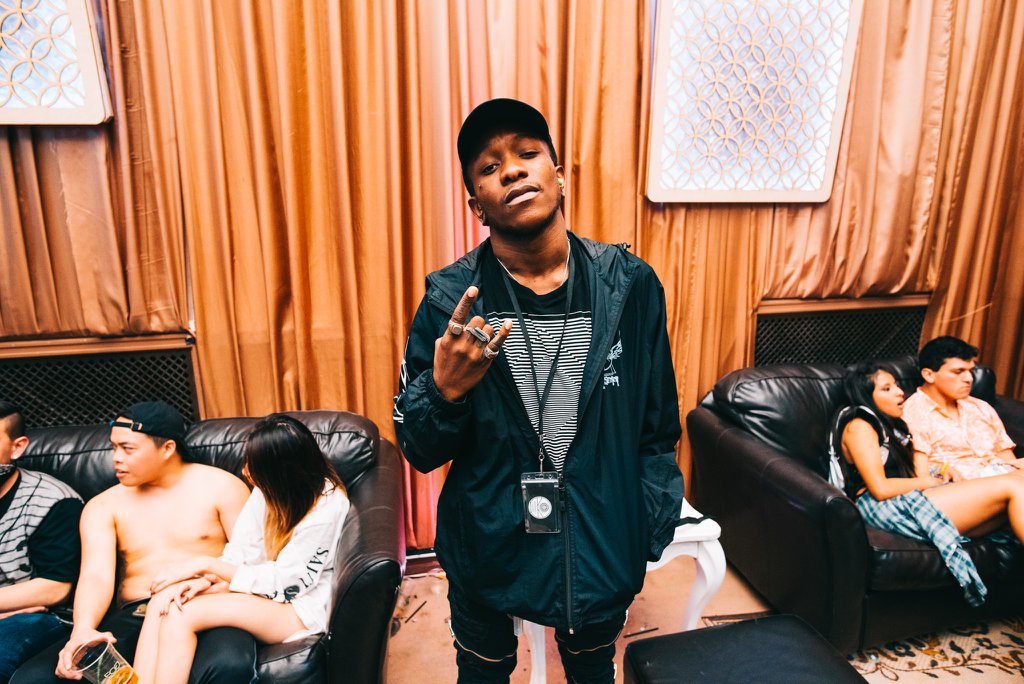 •
Also, to be honest, I keep my ear to the floor as to where this industry is heading, because at a certain point, it’s no longer JUST music. There’s the entire infrastructure & entrepreneurial aspect as well, which is also CRUCIAL. Helping other artists manifest their dreams & careers, building & developing brands MEANS THE WORLDS TO ME.
•

Out of all the projects you’re working on with your label, your personal brand, and marketing is the most rewarding and why?

Woah, that’s a really good one! I’d honestly have to say marketing, to be honest. Marketing in & of itself is the pure lifeblood of anything & everything. Jesus was the number one MARKETER you know! lol. I love marketing because it’s helping me understand to bring everything that I do together in one place.

What’re some of your main inspirations? Who do you look up to the most? 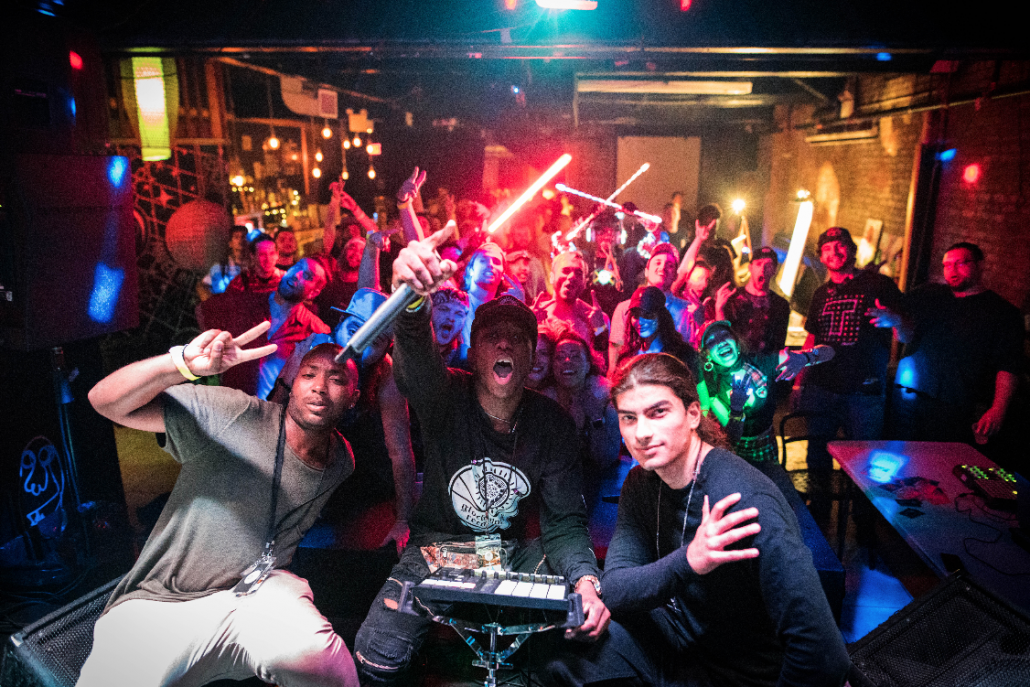 Another good one! I have many to be honest. Making my team & my family happy is paramount. Building a storefront is a big one. Inspirations include SkiSM, Nipsey Hussle, Borgore, Wyclef, Herobust, MARIAN HILL, EXCISION, & last but not least, Sean MuthaF***ing Combs. These human beings are great examples of entrepreneurialism & artistry in one!

Accomplishment of the first three months in 2020?

The first 3 months of the new 2020 have been absolutely SMASHING! When it comes to milestones! One of our day one artist’s Rex Gold currently has our biggest record titled GLOCKWORK is sitting at over 210,000+ streams via Soundcloud & 50,000 via Spotify. Our Drum & Bass DON, SOLR, just broke 40,000+ Streams via Spotify 270,000+ Streams via Soundcloud w/ his record titled Needing You! We also signed our first Philippines artist named SINISTER BASS w/ his DEBUT record “Goodbye” ft. Akcire w/ that breaking 10,000+ Streams via Spotify & 15,000+ via Soundcloud. Alongside this, we’ve always had a sense for the Spiritual talent in this world signing our first artist from Puerto Rico named SHA w/ his record titled Reality! Formally known as NAIM HAKIM, ️️SHA️️ rebranded to the next level ninja that he is right now with his records REALITY & COLLIDER both being a small start in what’s to come between him & Glockwork Records! Lux Operatur, has also TEASED the world w/ 2 records from his DEBUT album, Odyssey, Forthcoming via Glockwork Records titled “BREATH” & “ABOVE” in May! All these numbers come up ONE THING! Glockwork is clearly hitting the scoreboard hard this year which 0 intentions of slowing down, & who knows, we might see some the team headlining a few festivals while they take this year to break out of the underground!
• 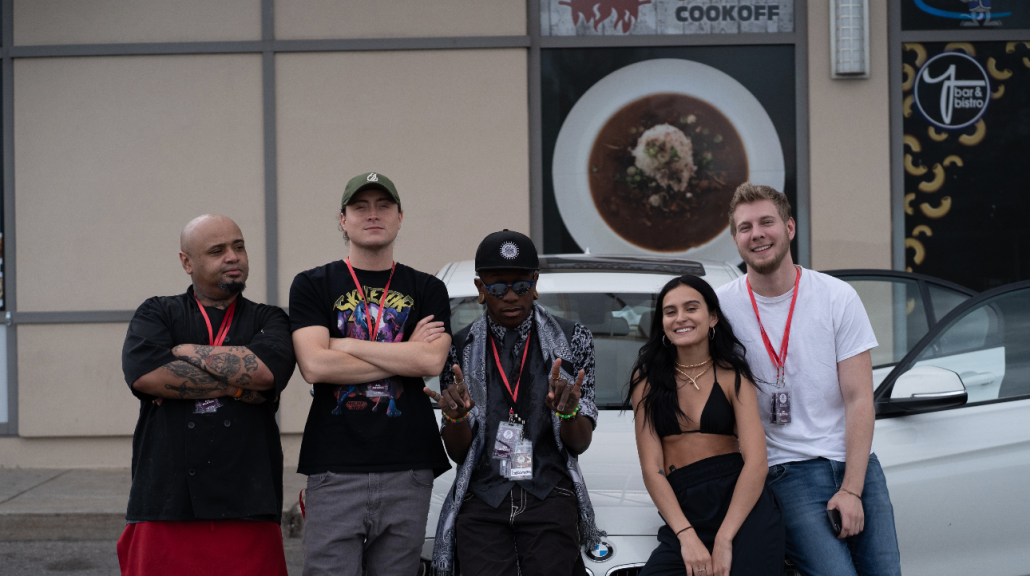 What’s your favorite track with GLOCKWORK RECORDS? Swipe up and comment below and email us to share your story!