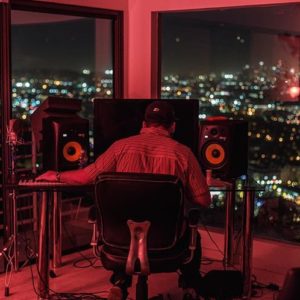 yard as “absolutely killing it”. Gig after gig, festival after festival, this duo is clearly has no plans of slowing down! Getting started in 2012, these two have hunkered down in L.A. to make a name for themselves, and have boded successful. Throwing down energy filled vibes and aggressively destroying genre barriers, these two have received huge support world wide from artists like Tiesto, Laidback Luke, Bassjackers, Tujamo, and more. 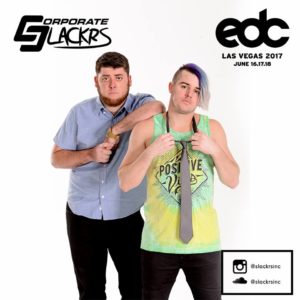 Recently, Corporate Slackrs announced they’ll be playing EDC Las Vegas this upcoming June 16th-18th for their first time. A massive accomplishment & an opportunity they don’t plan on taking for granted. So much so, they teamed up with Emma Zander to produce what is what i’d personally call an “EDC Anthem” (not sure if it officially is or not, but listen to it and I dare you not to agree).

This collaboration called “Electric Sky”, captures the intricate sensations of ones experience, that EDC & Insomniac work so hard to create for it’s fans. The song emits pure vibes of unity, love, acceptance, and pretty much has you feeling like you’re in the crowd, surrounded by thousands of, what I like to see them as, “strangers waiting to be your friend”. Can’t wait to be under the “Electric Sky” myself and hear it live in it’s proper setting!

But for now, click below and join me on this incredible track, released TODAY on Insominiac Records in their EDC Compilation album

Check out the rest

How are you guys! Thanks for taking the time to ride through these questions and give our fans a peek into your lives, minds, and music! Personally been a fan for quite a bit, and stoked to have the opportunity with you two. It’s been an incredible handful of years for you two and couldn’t be more happy for the success so far, and everything else that’s right around the corner. Loved the song & it’s vibe. Have a feeling i’ll be hearing it a few times while at Vegas. Lets get into this! 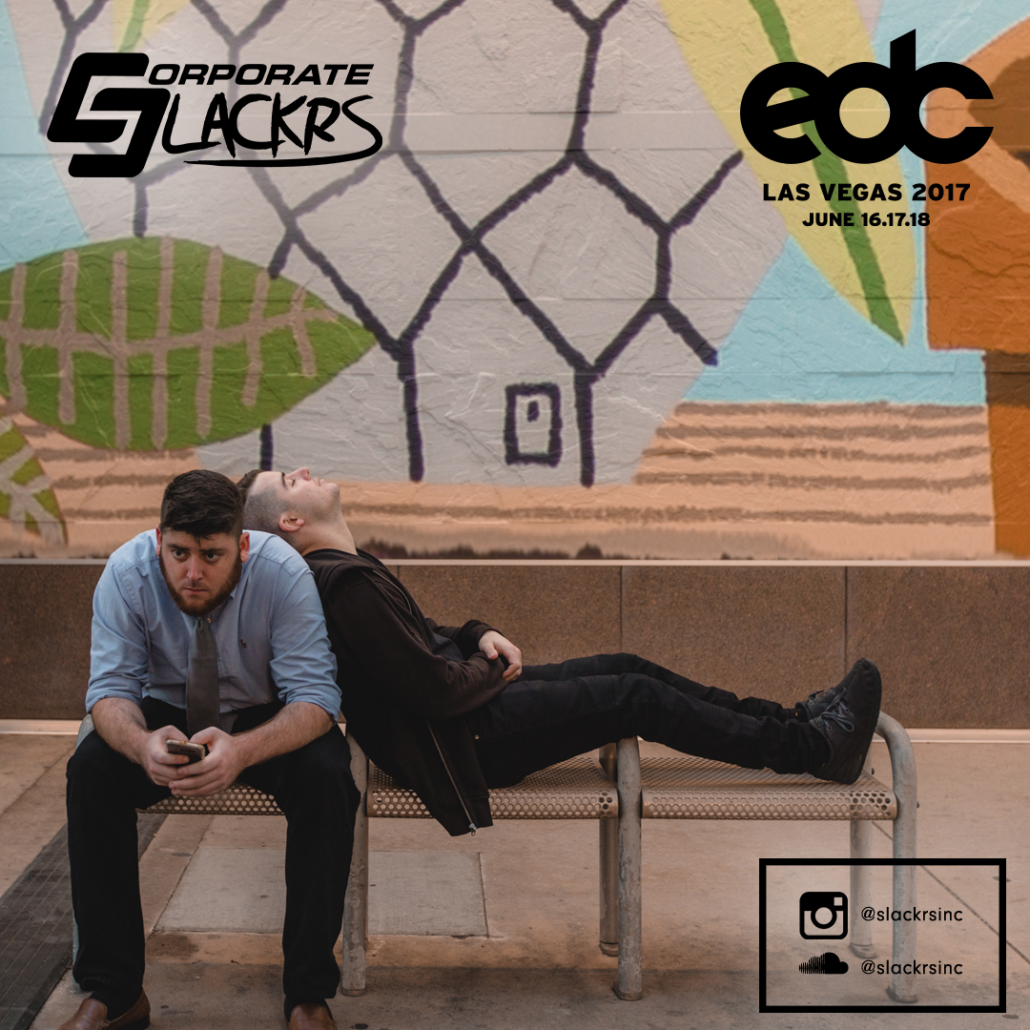 For more Corporate Slackrs, add them on their social streams below!