Our Journey To Imagine Music Festival

Our Journey To Imagine Music Festival

This was just the beginning.

The Journey to Imagine Music Festival began in Fort Lauderdale, FL. My girlfriend and I drove all the way to Atlanta, Georgia. On the car ride there, we talked for an hour about how incredible the line-up was; how excited we were for finally going to Imagine. We planned out the times, sets and listened to our favorite DJ sets/songs the entire nine hour drive. We were meeting with my girlfriends cousin, who traveled all the way from Oklahoma.

As we drove to the camp entrance, everything was very organized. The tents were presentable and ready for Imagine Music Festival. We noticed so many cars following us. We knew it wasn’t long before the staff started checking and directing everyone in. As we set up with camp, I began to observe the atmosphere. 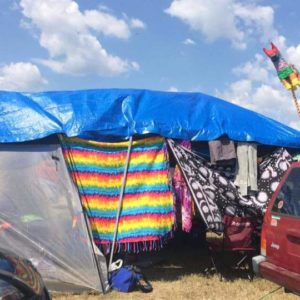 From fellow campers and EDM lovers. They began building around us from all directions. The different Totems and extravagant attire, I still had no idea what I had got myself into. I was born ready!

I recently came back from the Air Force so this was my very first EDM Music Festival. This was the first major thing I’ve done as a civilian. As the sun set, we headed toward the festival. I could feel the music and lights with every step. There was a clear path that led us to Imagine, and this is where our adventure would begin. We made it to the security check point, which was quick and painless. Long before I looked up, the sign read

One set that really blew me away was PLOYD , who was amazing. It was exciting to explored our “new home” for the next three days. We quickly made our way to the ferris wheel. 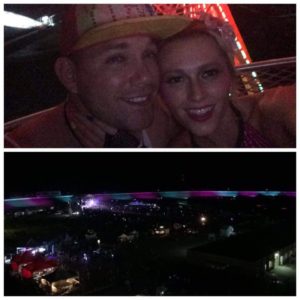 We overlooked the entire grounds and all the stages. It was a beautiful moment.Before seeing my all time favorite DJ, SNAILS , we decided to do a little exploring.

At that moment, it was a go! We had a map of the grounds.  We knew where all the water stations were and bathrooms. The OCEANIA stage was our home for the rest of the night. We saw Steve Angello and Borgeous, both were INCREDIBLE! Afterwards, we headed towards the Silent Disco. It was a great experience. People were dancing to the individual headsets. They were given to us to tune in. Everyone was in their own world. All the people were raging. We ended the night at 8am Saturday morning.

I woke up at 1pm, and ran to the showers to get ready. Round 2! At this point, I was already into the groove of things. Seeing people covered in kandi was nothing new to me now. I walked into Cookiemonsta’s set and raged until the morning. My night closed with with Zeds Deads. Later on, I ending up with a squad of random people. We started with three and ended the night in our camp site with 15. It was amazing!

“We had everything we needed, never had a problem finding water and could always find our friends with ease.”

By Day 3, I was covered in Kandi and ready to go by 2pm. Our last night at Imagine, we were everywhere. It was great to have met so many memorable people/ I’m still friends with them. We keep in contact and update each other on upcoming shows and meeting up at Imagine 2017. 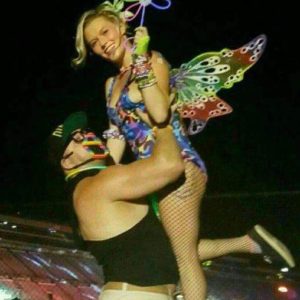 The last day, , Benny Bennasi, Borgore, Nero, and Excision performed. I was impressed. From the lights, music, the visuals,and atmosphere, it was euphoric.

At Imagine, we had everything there. We never had problems getting water or accessing necessities. Everyone found each other with ease, it was a pleasant experience for all. Unfortunately, there was no silent disco. I don’t know the entire reason why. It was something I really enjoyed and wish I could experience again.

Our last night, we walked around the camp grounds and ended up back at the site. We vibed, just listened to music and hung out. We met more people who became our friends. Honestly, it was an all around five star rave experience. Especially being my first music festival experience, it was something I’d never forget. 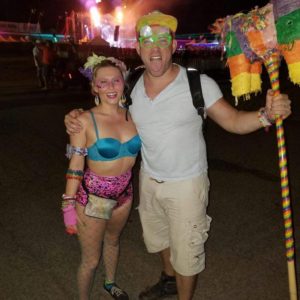 I thank Imagine Music Festival. I’m deep into PLUR and began to produce my own music. I hope that someday make it to one of those stages myself! Thank you for a life changing experience IMF 2016.

Buy tickets or learn more about Imagine Music Festival below!