In the past year’s, Imagine Festival has grown from an idea around a dining room table, into LITERALLY, a playground of the imagination. Ever changing scenery, thriving activations everywhere you look, and hidden sensations riddle the site both day and night. Giving importance to the “other” characteristics of a festival, their team expands their focus beyond a big production and a line up, hoping to bring guest a truly unique experience. Being so different though, a number of questions & concerns about Imagine seem to always arise each year, BEFORE the festival…
“It’s a newer festival, do they even know what they’re doing?”
“It was kinda weak last year I heard”
“Imagine what?”

But see, that’s their thing. Imagine Music Festival strives to go beyond just, big and flashy. They listened to the fans of EDM, and created a festival around the insane suggestions that poured in… creating the musical wonderland that Imagine is today.

But, realistically, I’m just some blog writer. Why the hell would you just trust me?
So, instead, we found a handful of Imagineer’s from last year to tell us how Imagine REALLY was. Below, you’ll get a small peek into each of their IMF  experiences & stories, “Straight from the ravers mouth.”

A avid festival goer & pizza savage, Shelby said she’s been to over 15 festivals. Maybe more, but since her imaginary sponsorship by Vodka, she claims to have stopped counting. 2016 was her first year at Imagine after her friend Amanda & her won a pair of tickets 6 hours before they ended up leaving to the festival, which apparently was 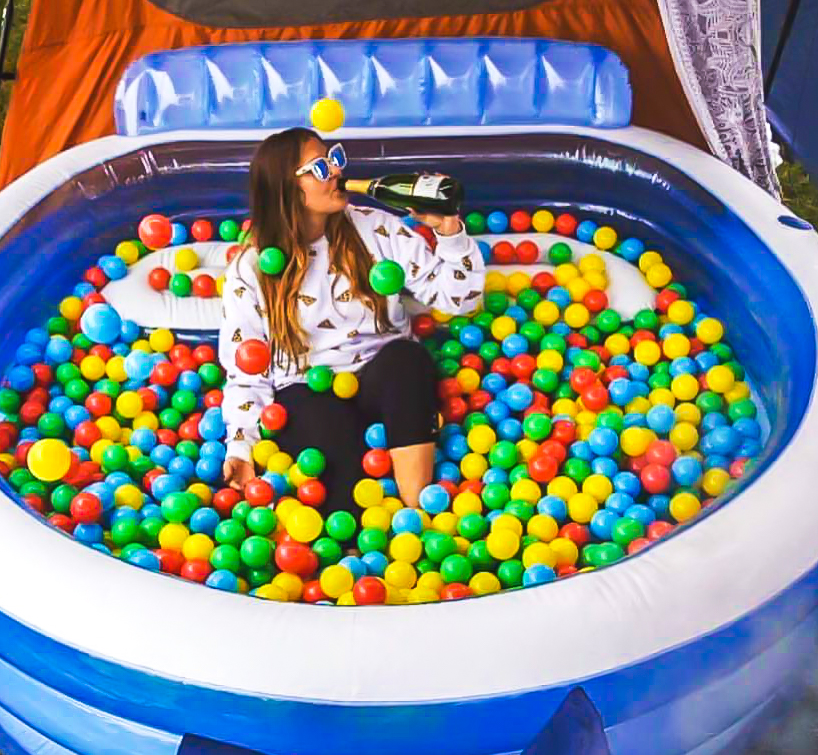 one of the “wildest string of events to date”.
Her one thing about Imagine Music Festival that she’d never seen before, was the water ball pit. Which, apparently is as epic as the name suggests. Her favorite set was Dillon Francis, because he “Made me twerk even when I didn’t want to. Damn genius.”
Her biggest Imagine Music Festival Tip is to bring a few fans. Like literally, more than one. It’s “So damn hot, 3 of my paper fans broke from excessive use. Thank god I got a bulk pack from Amazon”.

Last year was also Kaleb’s first year at Imagine Music Festival. A passionate lover of EDM, his journey into the festival world is just starting out, as this year’s Sunset Music Festival will be his 6th festival overall. 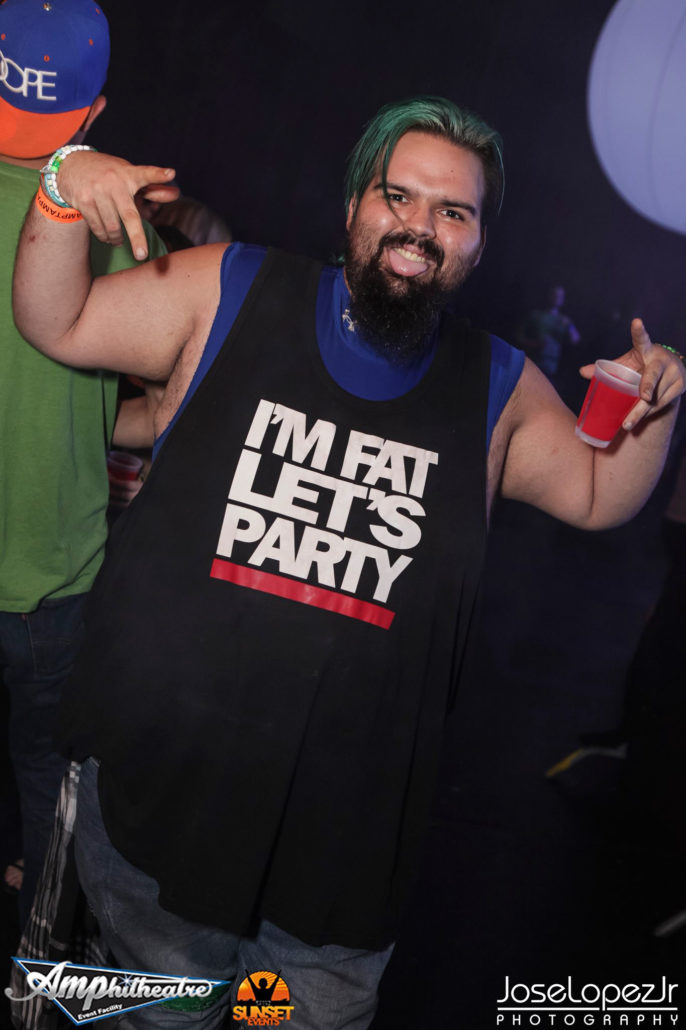 When asked what his favorite part of Imagine was,that he’s never experienced at other events, he claimed “The pool was a first for me and I loved how everyone would be so loving and caring looking out for one another.” For Kaleb, Nero absolutely stole the act of the weekend award, when they went from just another name on the line up, to him realizing why they won “Best International Dubstep Act” back in 2012, when they “absolutely murdered it”.
Kaleb’s Imagine Music Festival Tip to remember was again about the heat, saying “Stay hydrated while you’re out there because it will be super-hot. Even though it’s on the Atlanta Motor Speedway, the blacktop soaks up a lot of the heat and makes it hotter in the middle of the runway.”

Bobbie Fresh is in every way, a music festival veteran. Having been to more than just EDM event’s, he proudly listed events like Project Revolutions (Linkin Park’s festival), lots of Ozzfests dating back to 1997-8, a couple of Mayhem Festivals, and quite a few Music Midtowns.
His favorite part of Imagine was hands down the location. “Having a festival inside a racetrack is neat enough, but the view of the sky, sunsets, etc., really is pretty awesome.” For him, the Atlanta native, Ployd took the cake as his 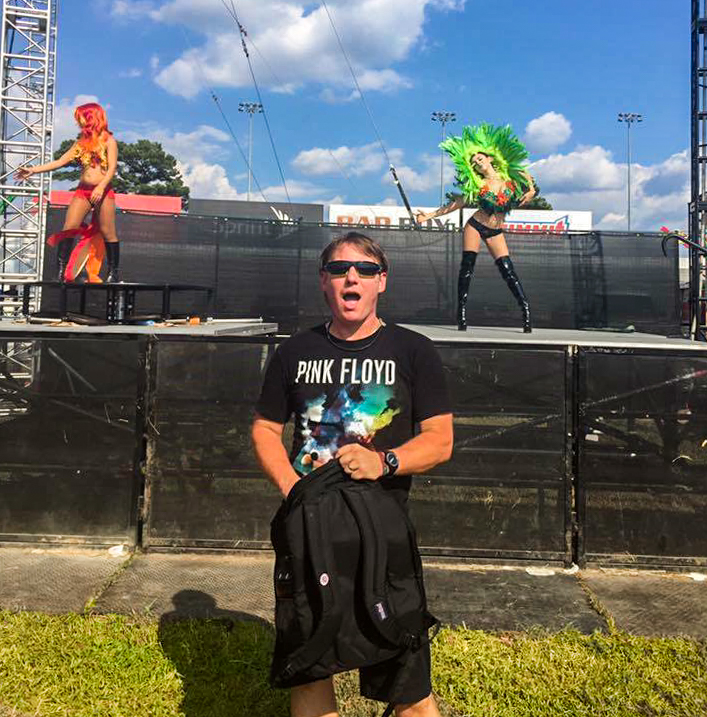 favorite act after throwing down a monster set at the Slow & Low stage.
Of course, the veteran had some of the best advice for future Imagine Festival attendee’s, advising to “Only go with really good, close friends, people who will take care of you, watch your back, etc. As soon as you get there, grab a map and get a feeling for the layout of it all. Find the bathrooms, water stations, and most of all, the security stations and places where the police/sheriffs post up. Finally, always be aware of your surroundings, who’s around you, where your stuff is, where your friends are.”

Having been to Imagine Music Festival in both 2015 & 2016, this year will be Danielle’s

3rd Imagine. With 18 festivals’ or so under her belt, Danielle plans on adding 5-6 more this year, including Imagine. Her favorite part of Imagine was also the pool. “With such a hot set of days, it was an awesome idea to have somewhere for everyone to cool down their bodies & relax”. For her, Caspa b2b Rusko had her blown away and definitely was the best of her weekend.
Advice wise, she suggested along the same lines as the others, making sure you all take the heat warnings seriously. “ATL heat is no joke, even with them moving the fest to September. Lots of water, sunscreen, and hats are a good idea also! Also, if you’re camping, a canopy will be your best friend! They give shade, which is almost as important as water on these hot days.”

If you haven’t bought your ticket yet, make sure you snag yours up before prices rise! Links are below! But don’t forget to support your local promoter or friends & snag a promo code to save a few bucks! (We’ve all lived the struggle. So were here to support that promoter grind) 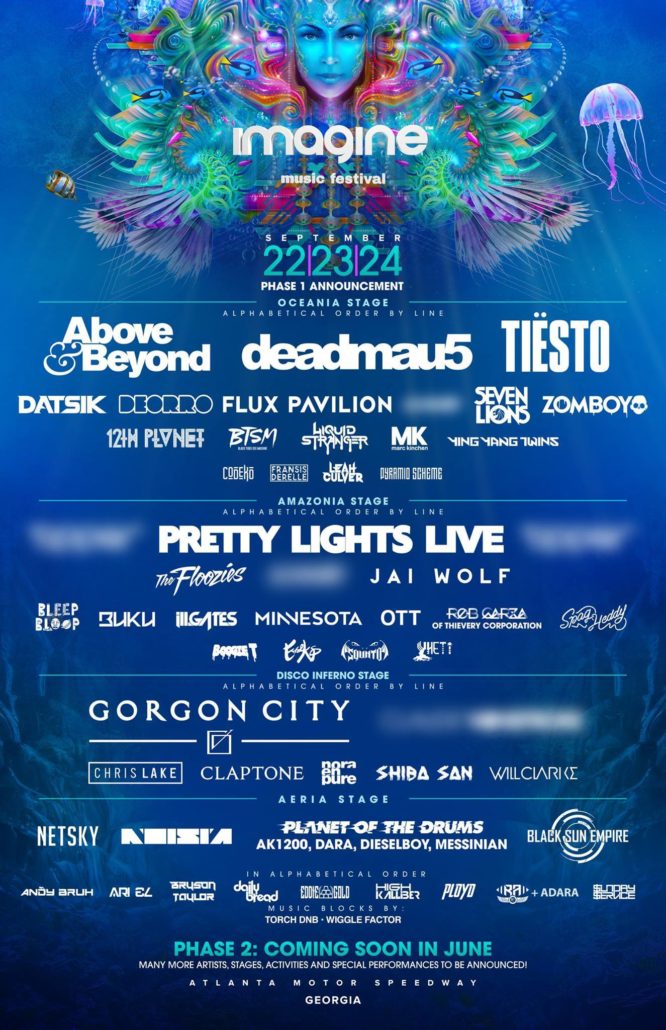 Get more information on Imagine Festival 2017 by following their socials below!