Most of you know Kid Cudi for his stoner days. From his albums Man on The Moon Part 1 & 2, his experimental albums, with best friend Dot Da Genius, and now, his new album Passion, Pain, and Demon Slayin’. Kid Cudi Tour stops in New York on October 6. If you’re in New York and love Cudi himself, definitely check out his show. Tickets are available here.

Kid Cudi one most of his fan base over with his song “Day and Night“, which is probably still on everyone’s Itunes Library. The lovable Scott Mescudi is a spirit you need to see in person. I can vouch for that! 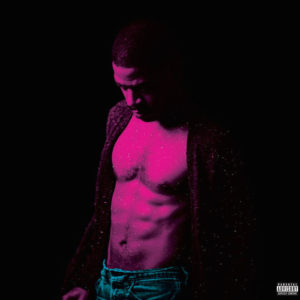 Passion, Pain and Demon Slayin’ came out in 2016. As this is Kid Cudi’s sixth studio album, the visionary is someone you need to check out. And if you haven’t heard his new album, you should take a listen.

With collaborations with Pharrell Williams, Andre 3000, Willow Smith and Travis Scott, this album is nothing like albums in the past. Unlike, Speeding Bullet to Heaven, Cudi’s first rock album, Passion Pain and Demon Slayin’  veers more on the Hip-hop and more experimental. Especially songs such as Frequency, Surfin ft Pharrell Williams, By Design and Rose Golden ft Willow Smith.

Kid Cudi gives his all when he performs. From experience, he performed in 2015 for his Especial tour.

Despite the rescheduling of the tour, Kid Cudi amped his performance and performed a plethora of music including from songs from WZRD, Satelite Flight, Indicud, Man On The Moon Part 1 & 2 and a beautiful tribute to his father which was Embers and Ghost.

Don’t let the fact that you don’t live In New York stop you from seeing a legend in the flesh. Don’t miss out on this amazing opportunity to see Mr. Rager and rage with him on the following tour dates.

More information about the event? You can find it here. 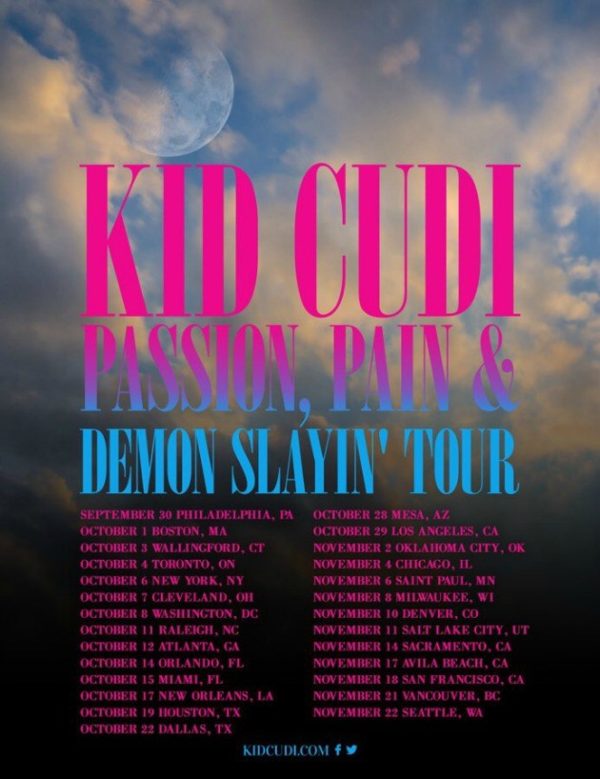