Imagine Music Festival is back for another year. Prepare to be lit with the homies. With the nice Georgia weather, experience the IMF this year. Voted Top 10 festival in the world by Fest300, and Top Ten Emerging Music Festivals by USA Today, don’t think twice or sleep on this lineup because it’s too lit.

The lineup is nothing to sleep on. For three days at the end of September, how could you not go? Not to worry, tickets are still on sale and you can get them right here.

Sets You Can’t Sleep On 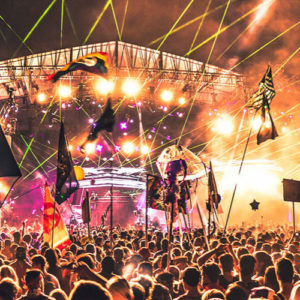 Imagine Music Festival has been on my list for a hot minute. Georgia Sun, good vibes, who wouldn’t go to Imagine? For someone who loves all different types of music, not to worry, I got you. Here are some sets you cannot miss!

The lineup is something special, alright. But who to see is the real question? Obviously, all of them are pretty dope. From artists like Datsik, Above and Beyond, Illenium, Tiësto etc, there are some sets you can’t miss!

Give it Up For The Wubs

Datsik is one of the best dubstep DJ’s in the game. Alongside with Excision and others, the filth is real. With his amazing Ninja Tour that swept the United States to his collaboration with Excision, if you’re looking for a once in a life time journey with Troy himself, peep his set at Imagine. If not, you can just check him out at Lost Lands.

I mean if you didn’t see the clip of the rail going airborne, then maybe you need to make it happen at Imagine. Spag Heddy is one artist to watch. One song you might know from his is his remix of Don’t Let Me Down by The Chainsmokers and Bringing the filth all the way from Spain, make sure to check him out and get schwifty.

When they shut down ur set for 20 minutes to reinforce the rail bc the crowd literally took it airborne ??‍♂️ #ChasingSummer

Some other big dubstep names to also check out at IMF is 12th Planet, Zomboy, Boggie T, Squnto, and Flux Pavilion.

Give it Up For The Feels

If you want to get in your feels and cry it out, Seven Lions is the one for you. With collaborative work and such a passion with his music, Seven Lions tells a story and also his visual narrative is flawlessly emotional. Perfectly blending dubstep along with melodic easy listening music, Seven Lions never disappoints.

If you want to cry even more at Imagine Music Festival, check out Illenium. Nick stole our hearts with his new single, Crawl Outta Love and also killing it at his EDC Las Vegas Set this year. With Seven Lions as one of his major influencers , definitely see how he throws down and make sure to bring enough tissues and a shoulder to cry on. And be on the look out for his second album, Awake, coming soon.

Give it up for the OG. Slaying the game since before we were even a thought, his collaborative work with KSHMR, Hardwell, Oliver Heldens, Martin Garrix and more will have you glued to the stage, if you haven’t seen Tiësto, you’re in it for the long haul.

To be honest, all of them are going to throw down at Imagine. Whether big names or people just starting out. Here’s what I’d do to optimize your time to squeeze everyone in that you would want to see. Dedicate 30 minutes to each set to avoid missing out on sets and remember to hydrate periodically.

Let us know who you are excited to see at Imagine! 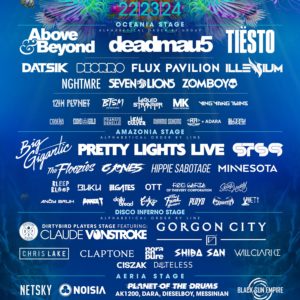